One of the world’s most popular artistsand human rights activisits, in conversation with a man who changed our world forever. Bono and former President of the USSR President Mikhail Gorbachev meet in Turin, Italy, to discuss the negotiations with Ronald Reagan, what he was facing back home, religious freedom, and the impact the women in his life have had on history. 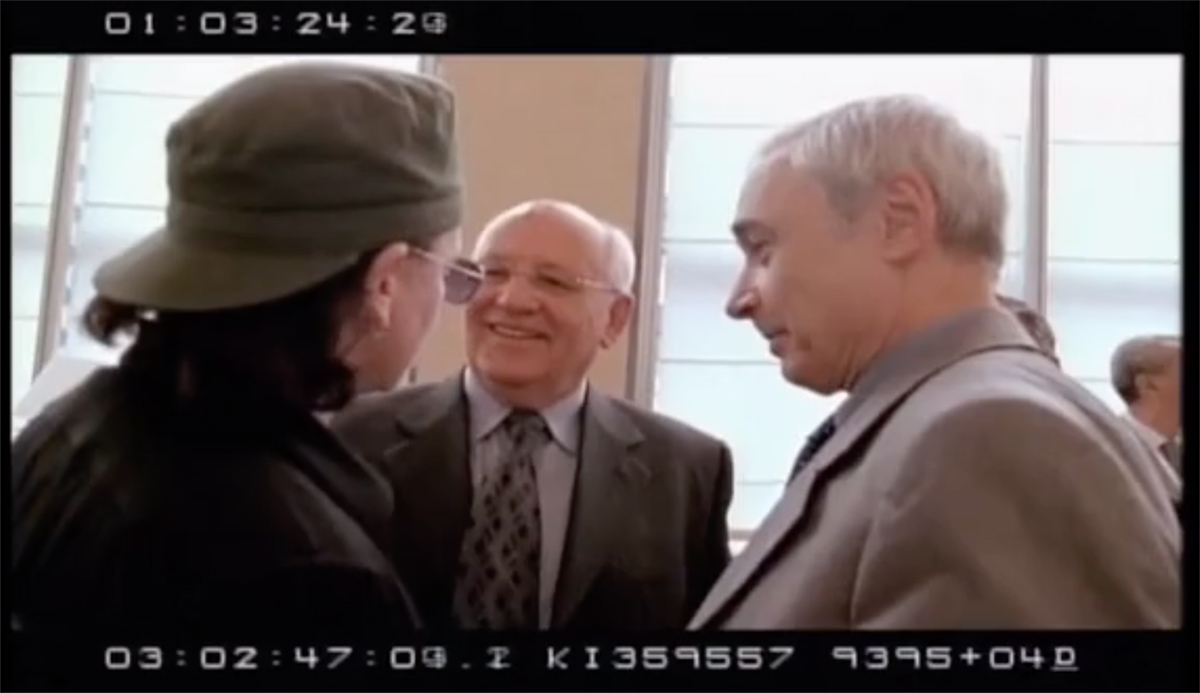 Joseph Rotblat was one of the world’s first nuclear physicists. He worked on the Manhattan Project to design the atomic bomb,  resigned from the project, and worked for 50 years on nuclear disarmament. He founded the Pugwash conferences, which brought Russian and American scientists together during the Cold War. When these scientists went home and advised their governments, Joseph Rotblat may have well saved our planet from destruction. 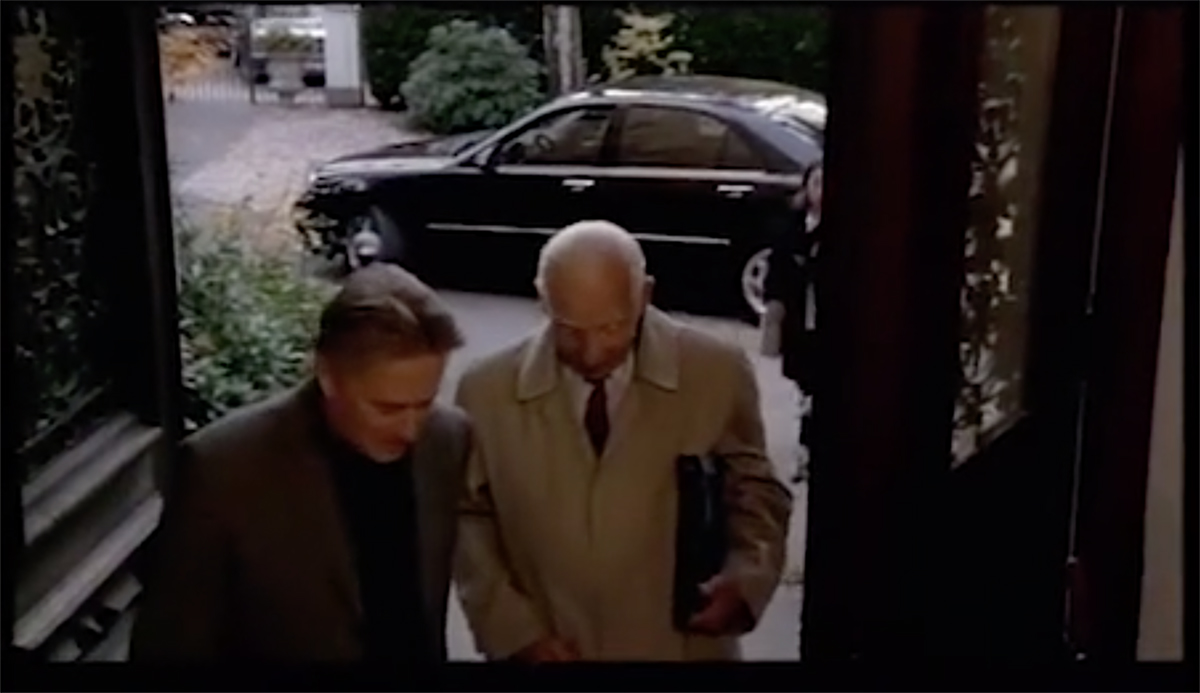 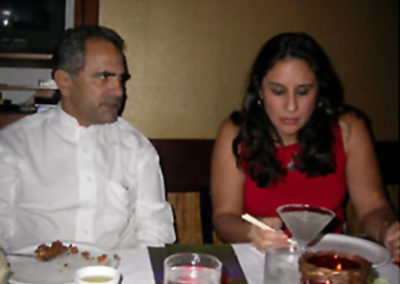 One of our first meetings, Board Member Bonnie Abaunza and Nobel Peace laureate José Ramos-Horta. 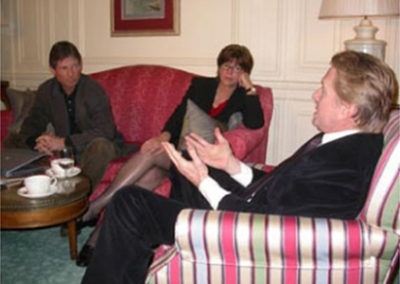 First meeting with Michael Douglas in London, where he suggested What’s so hard about Peace? as a name. 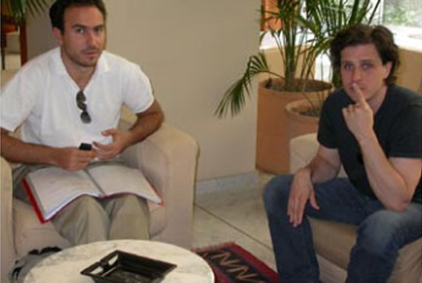 In Turin Italy for the Bono/Gorbachev shoot, Davis goes over notes with the cameraman before we start. 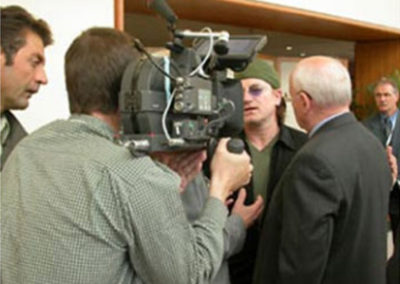 Some introductory remarks from the coffee shop after breakfast. 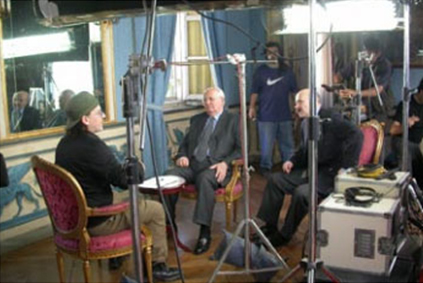 The shoot. Pavel, the translator, has been with Gorbachev since the Regan negotiations. 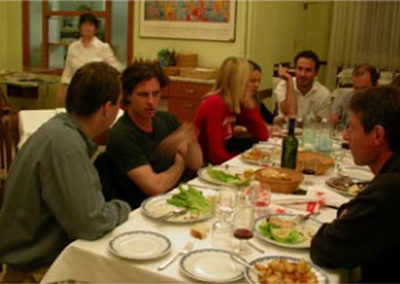 The wrap up, with crew and director Davis Guggenheim. 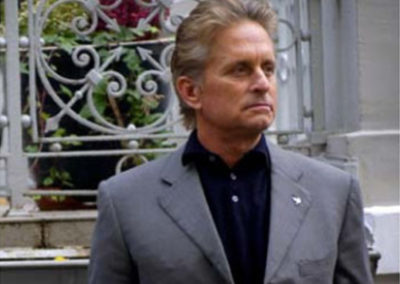 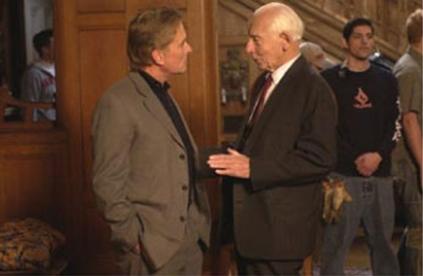 An engaged conversation between two of the world’s prominent voices on nuclear disarmament. 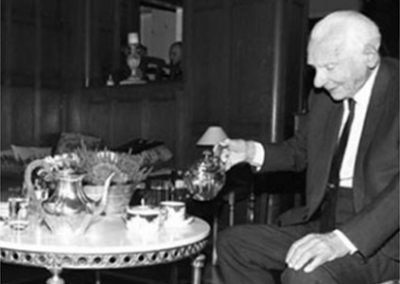 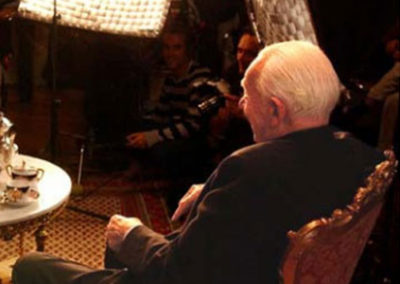 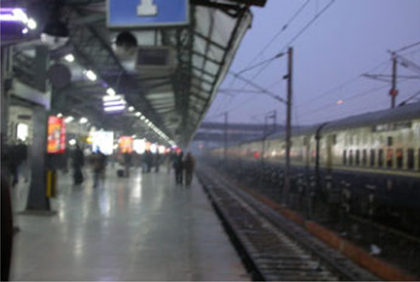 Train from Delhi to Chandigar at sunrise, with the crew and Paul Simon 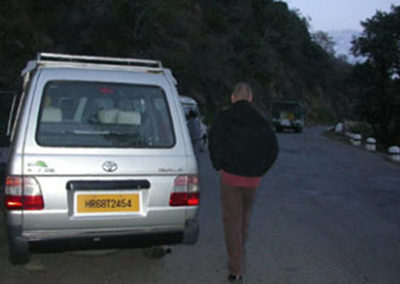 and jeeps to the Dalai Lama’s home in Chandigar. 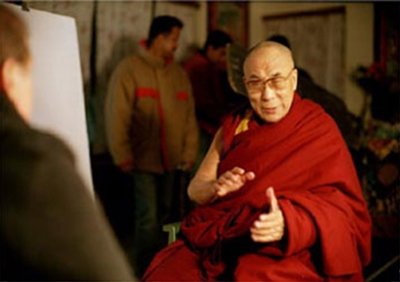 His Holiness the Dalai Lama and Paul Simon were deeply engaged. 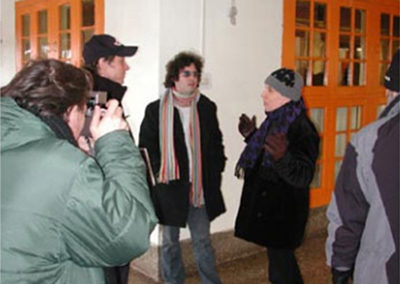 After the shoot. Director Damon Santostefano, Harper Simon and Paul.